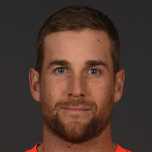 A pivotal part of the Lord’s based Middlesex county, Malan’s sheer volume of runs spoke for himself, although a middling first-class average of 37.80 kept him distantly low in the queue for a national call-up. He had announced his arrival with a stylish 51-ball 103, which was termed by his then Middlesex captain, Ed Joyce, as one of the finest ever T20 innings played from a 20-year old.

However, Malan could never achieve the heights in first-class cricket and it wasn’t until 2014 that he finished a season with an average greater than 40. 2016 turned out to be a turning point in his career though as he plundered an unbeaten 126-ball 185 against Sri Lanka A in Northampton – a record score for the Lions.

Malan received a call-up to the national T20 team for the three-match series against South Africa in 2017 and promptly responded with a swashbuckling 44-ball 78 on debut, for which he was named Man of the Match.. England’s floundering batting meant a spot in the middle-order opened up and Malan was called mid-way through the South Africa Tests. Up against a quality visiting attack, Malan made just 35 runs from four innings – at a poor average of 9.75. He however followed it up with a much better series against West Indies, scoring 154 runs, including two half-centuries.

With a Test average of 23.6, Malan was selected for the Ashes series in 2017-18. In a tour, where the England team was drubbed 4-0 by Australia, Malan’s performance with the bat was a bright spot for the visitors. He registered his maiden Test ton at the WACA in Perth and crossed fifty on three other instances.The left-handed batsman played to his limitations and adapted to the different situations. He racked up 383 runs in nine innings averaging above 40 and ended up as the leading run-getter, and by far the best batter for his side in the series.

How to Stay Motivated During Your Ph.D. 0