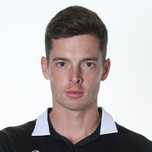 In only his first game on English soil, Santner impressed everyone, not with the ball, but with the bat. The youngster scored 27 and 94 in the two innings. He was part of the Test squad, but didn’t get an opportunity. However, he made his way in the side during the ODI series. He played all 5 matches – picked up 7 wickets and scored 97 runs. Though New Zealand lost the series 3-2, Santner was one of the positives to have come out. He, along with Ish Sodhi, makes New Zealand a decent spin attack these days.

Since his debut, Santner has been an impressive prospect although the 2016-17 season has been a bit tough for the young man. Despite all the obvious talent, Santner has struggled to come to terms with what his stronger suit is. While some feel that he is a clever bowler who can bat a bit, it isn’t wrong to call him a proper batsman considering this technique and temperament. For now, he is in the side as a bits-and-pieces cricketer who can do a bit of both. While this works in the shorter formats, it certainly won’t merit his selection in red-ball cricket.

Santner’s batting particularly dipped during the 2016-17 phase while his bowling hasn’t been that effective either. The emergence of spinners like Todd Astle and Ish Sodhi means that Santner will have to be on his toes to keep his spot in the side. While those leg spinners are better matchwinners with the ball, Santner’s all-rounder prowess does give him an edge. However, if he continues to struggle with the bat, that would count for little. Santner did start 2018 brightly though and the IPL selection by CSK boosted him further, only for an injury to rule him out for a major part of the year. Considered by many as the next Daniel Vettori, the legend himself has rated Santner highly and hopes that the all-rounder can end up as one of the country’s finest cricketers. In the IPL, Santner mostly finds himself on the bench due to senior overseas stars who hog most of the foreign slots in the CSK team. He has proved his worth in his limited opportunities and could be a more regular starter in the years to come.

With conditions in England conducive for seamers, New Zealand might go in with just one spinner. So, it’s either going to be Ish Sodhi or Mitchell Santner. No doubt, Santner can chip in with his batting contributions down the order, but the Blackcaps would want him to get wickets in the middle overs at the same time. Looking at how the pitches have behaved in English conditions of late, most of the matches are going to be high scoring ones. If spinners manage to get the wickets only then will teams be able to stem the flow of runs. Santner’s ODI average is on the higher side but he has been economical in the 50-over format. If the left-arm spinner manages to keep the pressure on from his end, other bowlers might get wickets from the other end. With as many as three all-rounders (de Grandhomme, Neesham, Santner) – it’s going to be a tough call for the team management when it comes to selecting the final XI.

How Might a Radio Station Use Email Marketing to Gain Listeners? 0