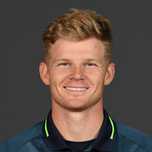 Billings’ first-class numbers are underwhelming as he just isn’t made for red-ball cricket. At least not yet. Branded as a future limited-overs superstar for England, he made his way up the ranks after having debuted in 2011 across all three forms in the county circuit. As mentioned earlier, Billings had a penchant for the shorter forms and that’s where he started making a statement. The 2012 season was a fantastic one for him as he topped the charts in 40-over cricket and T20s across England. Later in 2014, he became the top run-scorer in the Royal London One-Day Cup – an achievement that forced his name into the minds of the national selectors.

England’s 2015 World Cup disaster did result in a massive overhaul that has changed the dynamics of their white-ball fortunes ever since. The emphasis on fearless and attacking cricket saw Billings also getting a national call up. However, he had to mostly remain on the fringes due to the depth and performances of the new-look England side. Primarily a middle-order batsman who is equipped with finishing skills, Billings was forced to open the innings quite a few times to earn a spot in England’s playing XI. His career for the Three Lions so far has been a mixed bag in terms of numbers but he is yet to get the long rope. Billings’ 360-degree stroke play makes him a tempting option to have in the squad.

With Jonny Bairstow and Jos Buttler as competition, it’s really tough for Billings to break into the XI as a wicket-keeper batsman. The challenge then for him will be to qualify as a pure batsman (which he certainly can) and then use his keeping skills as a backup. Unlike most England batsmen, Billings is a fine player of spin with excellent footwork. This quality holds him in good stead for the team’s sub-continental challenges but he would surely want to be known as a player for all conditions. He has featured in popular T20 leagues like the IPL, BBL and PSL. His skill set and athletic frame make him a fine package for the shortest form.

Sam Billings was picked up by Delhi Daredevils in 2016, for whom he played two seasons. However, he did not get many opportunities and scored a fifty in each season. He was released into the auction pool for 2018. CSK bought him for his base price of 1 crore and the England international immediately clicked for them as he won a game against KKR from a tough situation – he made 56 runs off just 23 balls – in a high-pressure run chase. Billings was a given a decent run, but he failed to convert starts and eventually lost his place to Faf du Plessis towards the business end of the tournament. He was retained for the 2019 edition by the franchise.