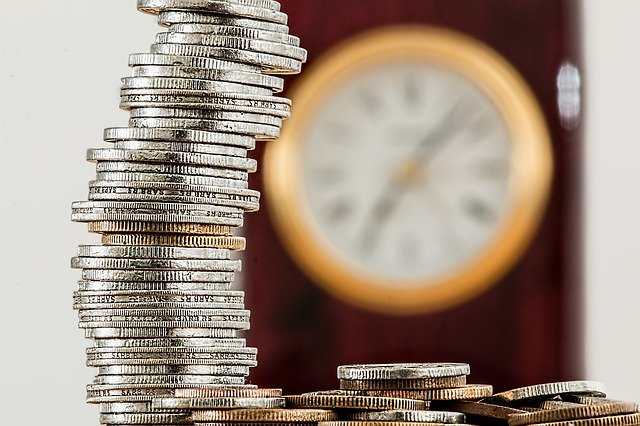 Your first job is going to be hard for a lot of reasons. You’ve probably just spent the last few years taking it relatively easy in college and now things are about to change. You’re going to find yourself in an entirely new environment, with new people and a ton of responsibilities you’ve never had to even think about before. And while all of this is pretty scary, you’re probably looking forward to the money. A steady paycheck is probably the biggest one you’ve ever had in your life.

Unfortunately, though, it’s not quite that simple. If you’re not careful, money can disappear just as fast as you earn it. And that can be disastrous for you. I’m not saying you shouldn’t take the opportunity to indulge in some stuff now that you can afford it, but saving is important too.

Here are 3 things you can do to help save some cash:

1. Sell The Stuff You Don’t Need
If you take a bit of a look around your home, you’ll probably realize that there are quite a few things there that you almost definitely don’t use anymore. We are always buying stuff that we just don’t need. Fancy China you bought for that one dinner party you were throwing.

A pile of tools you bought during that one week when you thought you might try your hand at DIY but are now just taking up space in your garage. These are merely examples but I’m sure you get the idea, we all have some stuff that we’re probably never going to use. But the great thing about it is this, all of that stuff is probably still in pretty good condition.

A lot of it might very well be as good as new. You’re not going to use it, but someone else probably will. And in 2021 you don’t even have to host a yard sale to sell all of this stuff, you can just do it online. Places like Craigslist and eBay might not be quite as popular as they were five or six years ago, but they’re still in operation and there are actually quite a few other places you can sell online too.

And even stuff that you have used but don’t really want anymore, there’s a market for that too. If most of your income goes fast, selling what you don’t need is a great way to bring in more cash.

2. Invest
This is not just a great way to save right now, investing is something you can do now that you will thank yourself for several years down the line. You have to do it the right way though. So many people throw tons of money into investments and end up getting nothing out of it.

If you want it to work out, you have to know where to invest and where to absolutely avoid investing. It will take a bit of research. It’s well worth it though, taking a portion of your income every single month and investing it in some reliable companies will ensure that you see some serious long-term returns. So what you need to do is find out which companies have a proven track record of a high return on investment (ROI) for those that invest.

The history and the statistics don’t lie. You can’t ever be guaranteed success but trying to predict the market yourself is never going to work. Invest in the right places and be patient with the results. If you’re concerned about giving away some money every month into this venture, then you can always look out for dividends. Look for high dividend-yielding stocks.

These companies offer a portion of the overall profit to those who invest, guaranteeing you some income for your investment. It might not seem like it’s worth it at the beginning, but if you stick by the stocks you choose, you’ll see the benefit before too long.

3. Look Out for Discounts
You probably think that you’re not entitled to any discounts, but you’d be surprised. There’s an awful lot of things out there that people get discounts for. There are the very obvious ones first of all. If you’re a teacher or you’re in the military you’re almost guaranteed to get discounts from somewhere.

There are also student discounts of course, which often apply even if you’re doing some kind of company-sponsored training. So don’t assume you can’t get that one. And if you aren’t entitled to any of those, that still doesn’t mean that there aren’t any discounts out there available to you.

Anything else that you would get would probably be related to your specific job. Check with your employer to see if your position allows you to pay less for certain things. You could also probably ask anywhere you eat or shop if they have discounts on offer and if they apply to you.

It never hurts to ask! The coupon industry isn’t dead either. In fact, in the age of the internet, is more of an evolved industry than an obsolete one.

So there are a lot of discounts out there and you should definitely keep your eyes open. You never know which ones you’re applying for.

Conclusion
No matter how much you’re tempted to go crazy with the new income that you’ve got, it’s really best to start saving as soon as you start earning. And as you can see here, there are a lot of ways to save that are actually relatively painless.