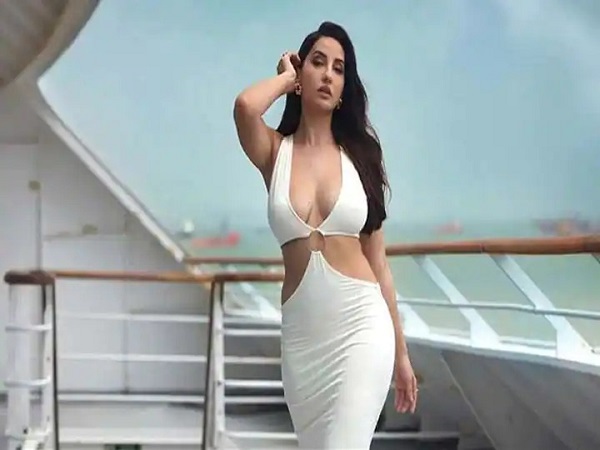 Nora Fatehi (born 6 February 1992) is a Canadian dancer, model, actress, singer, and producer who is best known for her work in the Indian film industry. She has appeared in Hindi, Telugu, Malayalam, and Tamil language films. She made her film debut in the Bollywood film Roar: Tigers of the Sundarbans.

She gained popularity in Telugu cinema by doing item numbers in films like Temper, Baahubali: The Beginning and Kick 2 and has also starred in two Malayalam films, Double Barrel, and Kayamkulam Kochunni.

In 2015, she was a contestant on the reality television show Bigg Boss 9 and was evicted on Day 84. In 2016, she participated in the talent reality show Jhalak Dikhhla Jaa.

She appeared in the Bollywood film Satyamev Jayate in which she was seen in the recreated version of the song “Dilbar” which crossed 21 million views on YouTube in the first 24 hours of its release, making it the first Hindi song to have garnered such numbers in India. She also collaborated with the Moroccan hip-hop group Fnaïre [fr] to release an Arabic version of the Dilbar song.

In 2019, she collaborated with Tanzanian musician and songwriter Rayvanny to release her first international English debut song Pepeta.

Fatehi comes from a Moroccan family, and was born and raised in Canada, although in interviews she has stated that she considers herself “an Indian at heart”.

Fatehi began her career by appearing in the Bollywood film Roar: Tigers of the Sundarbans. After that she was signed for an item number in Puri Jagannadh’s Telugu film Temper, marking her debut in Telugu. She has also done a special appearance with Emraan Hashmi and Gurmeet Chaudhary in the film Mr. X directed by Vikram Bhatt and produced by Mahesh Bhatt.

Later Fatehi appeared in item numbers for movies such as Baahubali: The Beginning and Kick 2.

In February 2019, she signed a contract with the record label T-Series as an exclusive artist and will feature on their upcoming films, music videos, web series, and web movies. She then appeared in the 2020 dance film Street Dancer 3D. Nora Fatehi during the promotion of her film “Batla House” in Mumbai, on July 2019.