The Health Benefits of Beer And More Facts 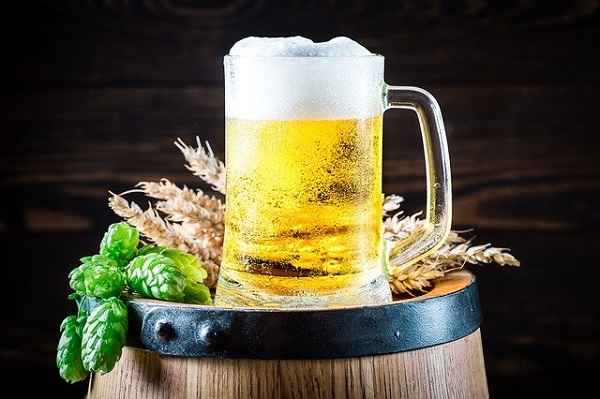 The health benefits of beer

Toasting to the holidays?  Some studies show that beer consumed in moderation may be beneficial to your health. Here are 16 reasons why.

1. Beer is more nutritious than other alcoholic drinks.

We hear a lot about the abundance of antioxidants in wine, but beer has just as many. The specific antioxidants are different because the flavonoids in barley and hops are different from those in grapes, but antioxidants are a good thing. Beer is also higher than wine in protein and vitamin B. Even better, beer contains iron, calcium, phosphates, and even fiber. Journal of Agriculture and Food Chemistry

2. Beer can help protect your heart.

Studies suggest moderate beer drinking* may make you less likely than those who don’t drink to suffer from hearts attacks, strokes, or heart disease. In fact, studies evaluating the relative benefits of wine versus beer versus spirits suggest that moderate consumption of any alcoholic beverage is associated with lower rates of cardiovascular disease. New England Journal of Medicine

Drinking beer could help reduce your risk of developing kidney stones.  According to a recent study, men and women who reported drinking a moderate amount* of beer reduced their risk of developing a stone by 41 percent. Beers that contain a lot of hops — for example, pale ales — are rich in kidney health-promoting phytochemicals. Clinical Journal of the American Society of Nephrology

The soluble fiber in beer can help reduce your LDL or “bad” cholesterol. Increasing your intake of soluble fiber has numerous health benefits, including the promotion of healthy blood sugar and blood cholesterol levels. However, because alcohol interferes with the body’s ability to absorb vitamins and minerals, it can also lessen the body’s ability to burn stored fat. American Heart Association: Circulation

Due to its high silicon content, beer may help to build stronger bones. Dietary silicon in the soluble form of orthosilicic acid (OSA) may be important for the growth and development of bone and connective tissue and help reduce the risk of osteoporosis, a bone-thinning disease. National Institutes of Health

Researchers found that two glasses of beer a day can reduce work-related stress or anxiety. However, routinely turning to alcohol to help cope with stress may do more harm than good. While alcohol may help with stress reduction at the moment, in the long run, it can contribute to feelings of depression and anxiety, making stress harder to deal with. American Journal of Psychiatry

Hops have a secret ingredient that can help improve cognitive function – Xanthohumol. It’s a flavonoid that helps slow down the degradation process of memory. The chemical could help protect brain cells from oxidative damage associated with dementia. (Important note: The dosage used in the study was much higher than a human could possibly consume via beer. Research is still in the early stages.)Journal of Agriculture and Food Chemistry

Beer is conveniently packaged in a portion-control bottle. It’s easy to limit it to one—or at least keep track of how many you’ve had.

Beer is full of B vitamins from the yeast. Unfiltered beer is especially high in B3, B6, and folic acid (B9). B3 aids in cell repair and B6 eases PMS. Folic acid aids in colon cancer prevention.

Beer contains fiber, which acts as a natural laxative. It also slows the rate at which food leaves your stomach, which means it suppresses appetite. So indulge in a beer, and know you’re preventing overeating.

12. Beer drinkers are at lower risk of type-2 diabetes

Multiple studies have shown that beer drinkers had an approximately 30 percent lower risk of type-2 diabetes than test subjects who abstained.

13. It has anti-microbial properties

Hops, the bitter flowers used in brewing, are known to be antimicrobial, which could fight disease.

14. It’s good for your muscles

Muscles benefit from a substance in hops that keeps the muscle from deteriorating.

Two brewskis a day could help prevent Alzheimer’s disease, according to a 2007 study at the University of Alcala in Spain. The research suggests a high intake of silicon limits aluminum absorption in the brain, which in turn could aid in the prevention of Alzheimer’s.

A brew also has social benefits. A beer can loosen you up a bit for a first date, a family gathering, or a networking event. Alcohol can boost courage and chattiness, according to a University of Washington study. However, some people continue to drink because of the perceived expectation that if one is good, a lot is even better. We all know more beer doesn’t make us more charming and attractive. Everyone knows how that story ends.

What you should know