How to Watch the Ongoing Euro 2021 Tournament 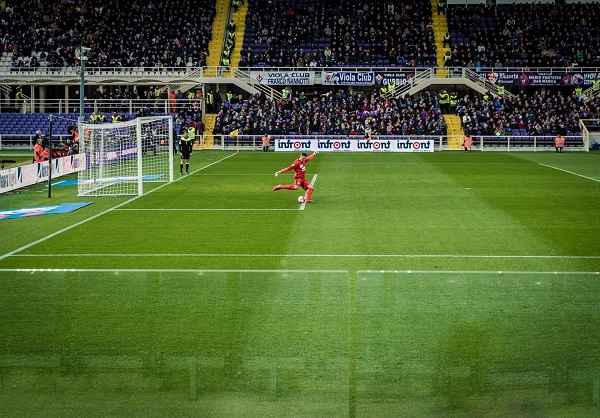 After a year of postponement, the Euros finally kicked off this past week. Officially recognized as the Euro 2020 tournament, fans have been eagerly awaiting since the tournament was postponed last year due to health concerns regarding COVID-19.

After a week of games, let’s go over what has happened so far and how you can watch the tournament right now.

As of writing this, the Euros have been an eventful tournament for both the right and wrong reasons.

For example, Italy has shown its strength once again in this tournament, dominating in its opening matches. Belgium, Austria, and the Netherlands have also displayed strong starts, and opening matches are still going on.

However, the Euros kicked off with an unfortunate accident. Denmark’s midfield superstar Christian Eriksen suffered a collapse in the middle of a match between Denmark and Finland. Fortunately, he is now stable, but the game was postponed, though forcing the grieving team to play has come under fire by football fans around the world.

How Fans Can Watch the Tournament

All of that has happened, and it hasn’t even been a week. Suffice to say; if you’re a football fan, you should be watching the Euros all throughout the next month! Watching the Euros isn’t easy for everyone, however, and if you’re finding yourself unable to watch the Euros, don’t worry—there are a few ways you can watch the tournament before it ends on July 11th.

If you haven’t already, see if there are any streaming services available to you that will allow you to stream the games. Hulu is a good option for those looking for a way to watch matches, thanks to Hulu TV, a bundle of channels that users can pay extra for.

Hulu TV is expensive—at least when compared to a base Hulu subscription—but it comes with ABC and ESPN 1 & 2, allowing access to every Euro match. If you don’t mind paying for access, Hulu TV is the way to go.

The Euro 2021 tournament takes place in multiple countries, and with 24 countries participating in the tournament, there will be many national websites streaming the tournament over the next month.

An excellent example of this is BBC, which is offering free viewing of the tournament to fans in the United Kingdom. Do some research and see if any websites or channels are offering a similar service. If there isn’t, you could always sign up for a free VPN trial and access a website that does offer free viewing, despite not being in the same country.

If you’re someone who has virtually zero interest in watching the full games but do want to keep up with the tournament results (or like viewing highlights), then your best bet would be the official UEFA YouTube channel.

The UEFA YouTube channel provides fans with a plethora of content, ranging from videos focused on specific players to team introductions to highlights. The best part? The channel is completely free—no YouTube Premium required!

With an eventful start, it’s clear that the Euro 2021 tournament will be one for the ages. Do not miss out; find out how you can watch the tournament starting today!