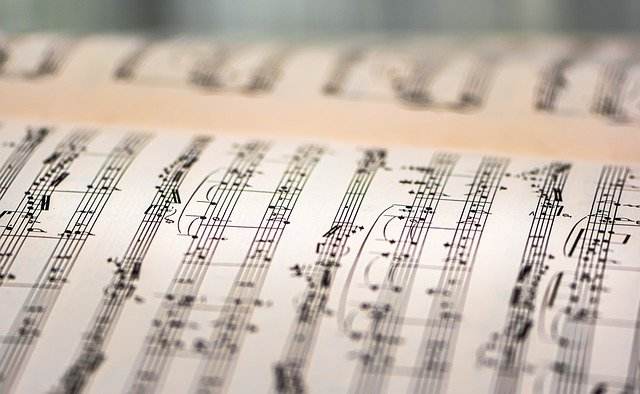 And as Julie Andrew would say in the 1959 musical drama The Sound of Music, “The first three notes just happened to be…”

The syllables of western classical music might differ from the Indian discipline, but the vibration they make is identical and the same holds for the music they make.

Classical music purists would have a very strong opinion about the striking differences between western and Indian classical music. However, it’s not that these two remote offsprings of music can’t be brought together at all.

Had that been the case, there wouldn’t have been so many concerts on western and Indian classical music fusion where Saraswati veena and Hindustani sitar are played in unison with violin, double bass, and clarinet.

So what are the factors that bring western classical music closer to its Indian counterpart and what are the ones that set them apart? Let’s find out…

Indian Classical Music – The first appearance of music in India is seen in Vedic Literature and is estimated to have occurred before c. 500 BCE. Most of the early scriptures are found to have been composed in couplets which indicates a practice and culture of a rhythmic recital.

The best part about Indian classical music is that as it has been passed down through the generations, it has only been enriched by the improvisation and contribution from the new practitioners. Documentations, classification, and refinement continued through the consequent years and it is still evolving.

Western Classical Music – The first appearance through the plainchants in the Roman Catholic Church of the Medieval ages, western classical music was taken ahead by the French poet-musicians Troubadour and Trouveres who gave music to their poems.

From the monophonic religious songs and chants being sung in the Churches to the courtly love being presented as a theme by the troubadours, to the refinements in rhythms, pitches, and further to be accompanied by instruments western classical music kept evolving with time.

Several musicians and instruments joined in, contributed, and evolved together with the pitches and chords over time. Polyphonic compositions started around the 10th and 11th centuries.

Thereafter, western classical music flourished more as Opera and Orchestra started being staged. And thus both vocal and instrumental music kept evolving through the ages and the process continues till now.

In both the traditions, the first emotion that was expressed through music happened to be devotion which was then followed by love and subsequently other human emotions.

For example, both the traditions use the same set of seven notes (west) or swaras (India). They are called Saptak in India while in the west, they call it the Solfege.

Solfege – Do Re Mi Fa So La ti

The vibration they create, their functionalities, and their contributions to musical composition are the same in western and Indian classical music.

Vivaldi’s Four Seasons, for example, bring out the beauty of all the four seasons vividly through beautiful musical compositions.

Indian Ragas have also fathomed deep into each season to bring out the finer nuances of each season and correlate them with human emotions.

Further, there is a specific diktat laid out regarding which Raga should be sung at what time of the day. For example, Raag Bhairavi to be sung at dawn, Raag Deepan in the evening, Raag Basant during the spring season, and so on.

In India, though, the very essence of the music centers around the melody.

Though there are several semblances between the two traditions, the distinguishing features are also very well etched out. What better than to end with a few words of Rabindranath Tagore –

“The world by day is like European music; a flowing concourse of vast harmony, composed of concord and discord and many disconnected fragments. And the night world is our Indian music; one pure, deep and tender raga. They both stir us, yet the two are contradictory in spirit.”